(Original article can be found at https://findaqualityman.com from Dating Coach and Love Expert Lisa Copeland)

Deal-Breakers Keep You From Finding True Love After 50 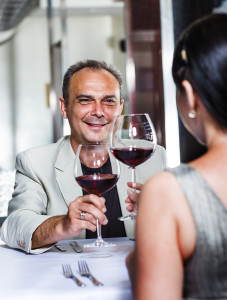 As a single woman dating over 50, what are your thoughts about deal breakers in the men you want to meet?

Just to be clear on what a deal breaker actually is…

Men also have deal-breakers when it comes to dating you.

But, the difference between the sexes is men honor their deal breakers.

You’ll see this when a man stays in a relationship with a woman for years and years, yet he won’t marry her.

In his mind, she has a deal-breaker that isn’t suitable for marriage.

We as women have a tendency not to honor our deal-breakers when it comes to men.

We think with a little work and a lot of love, we can change a man.

Men don’t change unless they want to change.

But you might say, I love him so much.

If this is the case, and he has one of your deal breakers, you aren’t honoring yourself and you will be settling.

And so many women choose to settle… They’re afraid no one out there is as good as this man – even if he has one of their deal breakers going on in his life.

This is an illusion. Your mind is playing tricks on you.  All it does is take you to a place of scarcity when it comes to men.

The over 50’s generation is leading the pack with the highest divorce rate these days which means there is an abundance of men out there for you to date. You don’t have to settle.

Check out any mainstream dating website (by the way, you can check out some of my favorite dating sites for women over 50 here ) and you’ll see thousands of men right in your area looking for a woman just like you if you’re willing to give him a chance.

Now, let’s take a moment and talk about some common deal breakers worth thinking about.

Take some time to clear your head and really think about the specifics of your deal breakers and what each one really means to you.

I guarantee whatever deal breakers you skip over now… will become major conflicts in your relationship at a later date.

It’s better to know what your deal breakers are and whether or not a man has them before you get too far into a new relationship.

While you’re thinking about it, why don’t you take a few moments and write your own deal-breaker list.

As you get to know a man, refer back to this list to see if he has the qualities it takes to be with you.

And remember, if a healthy long-term relationship is what you really desire in your life, then you’ll want to choose a man who doesn’t have the deal breakers you’ve put on your list.

Want more scoop on your compatibility with a man and the destiny of your relationship? Check out my friend, Carol Allen’s Right Man Report.  Click here to learn more.

I would love to hear more about your deal-breakers and how it’s affected your relationships with men.

How can older women not look too matte and still not get foundation and lipstick on their mask? https://youtu.be/NcSp7FLlXG4 check out my latest tutorial 🔥 #masksandmakeup #olderwomennakeup #olderwomenbeauty #the_beauty_shaman ...

Refresh, Refocus, Reclaim! Join me for this inspiring, free, online, all women's summit to recharge your life and be empowered! https://bit.ly/34WQchO ...

Say YES! To You, Women's Summit! I am a special guest on this virtual event created to help you REFRESH, REFOCUS, and RECLAIM your life! https://bit.ly/3jBIobv ...

Taking a break in the mountains of Colorado with my daughter. Fall is my favourite time of year-so beautiful and peaceful here💕 #chillwithfamily #takeabreather #beautyinnature #timeoutcolorado ...