FREE SHIPPING on ALL ORDERS! 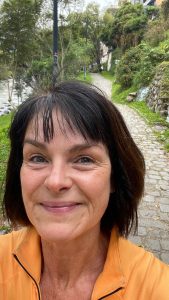 Four times in my life I have relegated all my belongings to two suitcases. If anything will make you unattached to material objects, it’s that. The first time was when, at age sixteen, I left home to move to New York, Milan, Paris, and finally London to model for Elite Modeling Agency. With each move, I kept everything in two suitcases. The second time was when I returned to the US at age 26 to start over in life. Modeling was brutal, and I needed a fresh start and about ten pounds.

Fast forward fifteen years and I left Singapore where I lived with my then spouse and two little girls. The girls and I piled into a taxi and returned to the US where we started over near my family in Washington State, sans husband. Two suitcases, plus one each for the girls.

What do the Kids Think?

As I write this blog, my daughters are now ages twenty-one and nineteen respectively, in college, and going their own way. From the get-go, I explained to them that my passion was travel and international life. I think they assumed I was just blabbing away and wouldn’t ever leave Boulder, Colorado where we lived. Having said that, most kids think that about their parents, just like I did until I hit about thirty when I realized that my parents were smarter than they looked. 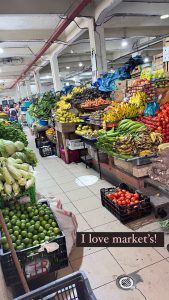 I love travel. I love being tossed into diverse cultures and people, and having to figure out how to communicate and get around. It’s the pants on fire approach to living! Many of you reading this will think I’m crazy, and the other half of you will want to join me. Which leads me to the question, why Ecuador?

My favorite country in the world is, hands down, France. For those of you who believe in past lives, I think I spent the majority of them in France. It just felt like home. Weirdly, it’s the only place in the world that felt like home to me up to that point. In considering where to move to, France was at the top of my list, and Latin America was number two because of two reasons: I’d never been there, but my Astro-Cartography indicated it was a fabulous place for me to live. Plus, the distance from the US alone was a bit daunting. As an aside, if you take an interest in astrology, I highly recommend my astrologer of fifteen years, Robert Sabella. 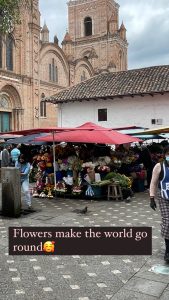 With that in mind, I decided on Cuenca, Ecuador for the easy visa process, low cost of living, large expatriate population, and I knew two people who already lived there. Then of course there is the fact that location wise (Astro-Cartography), it’s the bee’s-knees for me. Living abroad is the main reason I started my e-commerce business, YouTube channel, and coaching. Apart from the reality that the US is in a slow boil of craziness, I felt my life-blood being drained out from me. The continual knocking on the back of my head said this wasn’t it, that there was more for me to do elsewhere.

The consequences of my decision to leave are (hopefully temporarily) angry daughters, and two suitcases. I keep looking around for that track-suit I loved, the expensive flatiron, and the perfect lipstick that I think I threw out in my attempt to be frugal. I have no idea where any of it went. But then, if the cost of freedom is material objects, angry kids, and pants-on-fire, then I guess I’m down for it.

SKIN CARE SCAMS AND HOW TO AVOID: MATURE WOMEN
https://youtu.be/adO2zZF7cE4 My friend spend $650 on a fabulous looking skin care line and had ZERO results! How can you avoid this all to common pitfall? Check out my new tutorial on YouTube at Suzanne The Beauty Shaman #the_beauty_shaman
#makeupoverfifty
#makeupover45
#makeuptutorialvideo
#skincaretutorialvideos
#truthandbeautymeet
#cosmetictutorialvideos
#thebeautyshamaninecuador
#proageingadvocate
#positiveageing ...

How can you not disappear behind statement glasses? Check out my new tutorial on YouTube: https://youtu.be/Cg4316ZvErQ and also we are having a Valentines SALE starting Sunday on The Beauty Shaman! Take 15% off Truth Treatments and Image MD thru February 10th. Sign up for our newsletter (on TheBeautyShaman.com) for full information and discount code or tune in to our Instagram Story. YEAH! #overfiftywomen
#makeupover45
#healthandbeautyblogger
#makeuptutorialvids
#cosmetictutorials
#skincaretutorialvideos
#truthandbeautymeet
#the_beauty_shaman
#thebeautyshamaninecuador ...